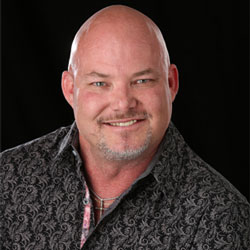 A California native and veteran, Alan has spent most of his life in Orange County, CA. He studied Business Administration at University of North Texas. As the national sales manager for an electronics company in Dallas, TX, Alan pursued a lifestyle change into the medical field. Recruited by a mid-size medical group he relocated to Orange County and began his new career. In 2004 he was tasked with starting a developing a functional medicine division.

This new division took form as an Age Management practice including Bio-Identical Hormone Replacement and Aesthetics. Alan routinely attended the A4m (American Academy of Anti-Aging Medicine), where he attended the curriculum classes to further his education in Bio Identical Hormone Replacement Therapy. Recruiting and training doctors, practitioners and staff commanded a great deal of his time.

In 2015, he formed Pro Aging, Inc. and opened the doors in Newport Beach, CA. Alan enjoys interacting with all of the patients and watching their transformation to better heath. He is in the office 5-6 days per week and makes himself available to all of the patients. In addition to attending all training in every aspect of the practice, Alan participates in every treatment and procedure performed at the practice (and some that are not), so he can discuss his personal experience with the patients.

In his spare time he enjoys mountain hikes with his trusted k-9 “Remington”, leisure cruises on his Harley Davidson and pursuing the culinary mastery of outdoor grilling.